The Tax on Angels

The Tax on Angels

In the 2G scam, prosecutors allege that the mode in which a former telecom minister received bribes, was by having the briber purchase shares in a company owned by the said minister’s brother at an exaggerated price that had little to nothing to do with the actual valuation of the company[1].

The provision contemplates that whenever any company issues shares to an Indian investor at a price higher than the fair market value of such shares, the amount of excess money received by the company, should be treated as income in the hands of the company, and be taxed accordingly.

Though set in motion with the best of intentions, angel tax provisions ended up targeting and burdening the wrong set of people for the wrong reason. Most investors value a start-up basis its potential for future revenues as opposed to its current book value. Which means that start-ups, more often than not, fall on the wrong side of the angel tax provision, as the shares are issued to the Investor at a premium to the current valuation of the start-up. Correspondingly, the start-up might take a substantial tax hit for every round of investment, and in particular angel investments, which often provide the much-needed flow of money to the fledgling start-ups before funding from venture capital groups may be availed. 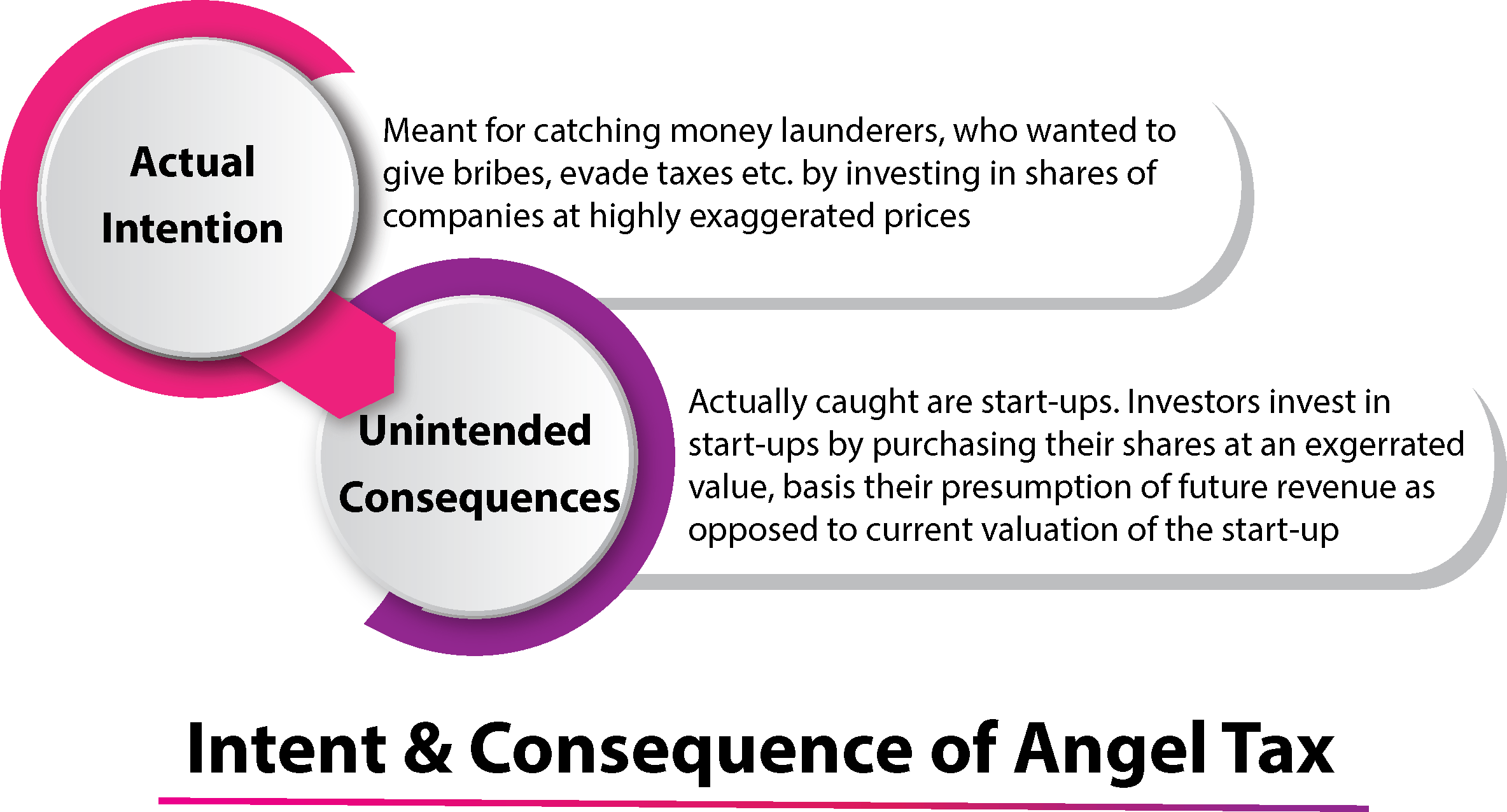 To make matters worse if a start-up is found guilty of evading the angel tax provision, it may face a penalty equal to 300% of the original tax assessment. 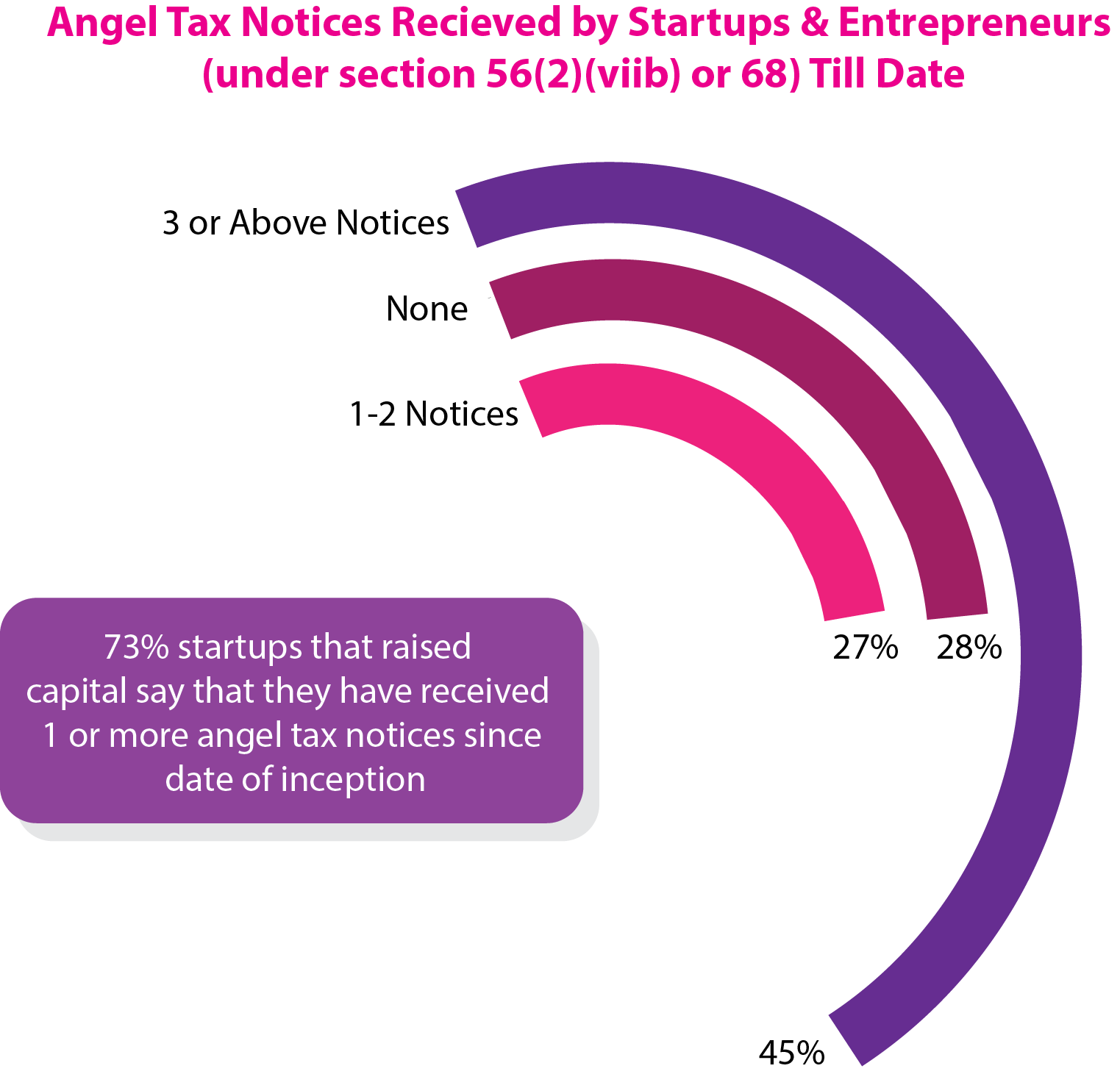 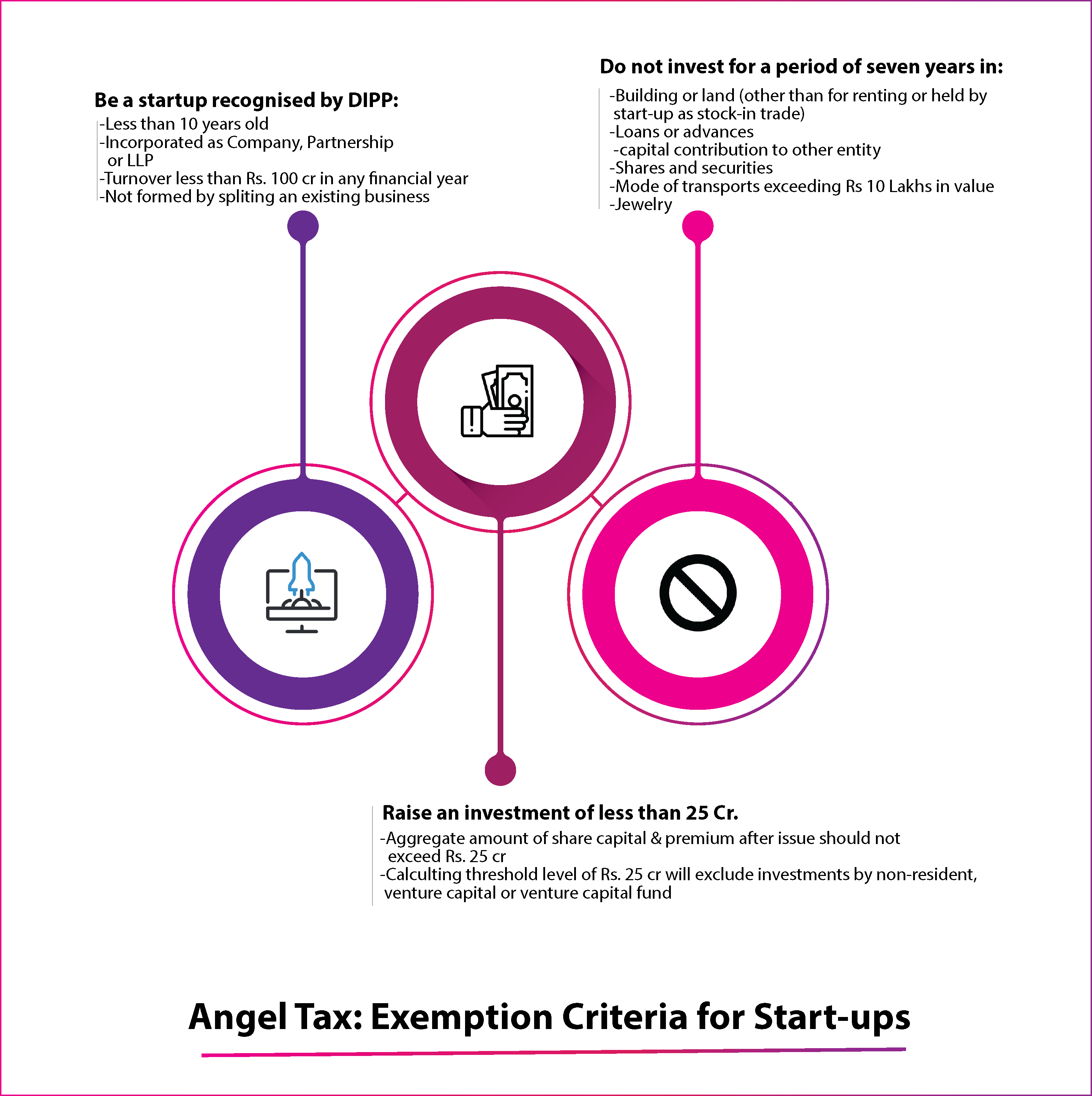 Going one step further, the Finance Minister during her budget speech, announced that, “To resolve the so-called ‘Angel Tax’ issue, startups and their investors who file requisite declarations and provide information in their returns will not be subjected to any kind of scrutiny in respect of valuations of share premiums. The issue of establishing the identity of the investor and source of his funds will be resolved by putting in place a mechanism of e-verification. With this, funds raised by startups will not require any kind of scrutiny from the Income Tax Department.”

It is yet to be seen whether these well intentioned measures will bear fruits for the start-up industry. Early figures are promising and the government states that out of the 381 start-ups who have applied for the benefit of the exemption so far 342 have already been granted the benefit[4]. The exemption though fails to provide any relief to start-ups against whom prosecution has already been initiated under the angel tax provision.